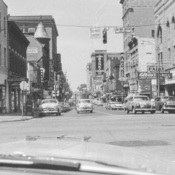 Black and white photo of a line of cars decorated for a parade, second in line has a sign "WPAY Contest" and other information. "Atlas Fashion" and "Sears Roebuck" (retail stores) signs are on a building in the background. 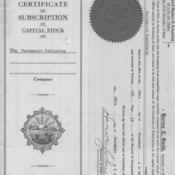 Certificate of Subscription of Capital Stock of the Portsmouth Publishing Company. Business located on Chillicothe Street. 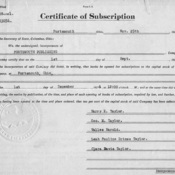 Scan of a certificate of subscription to the Portsmouth Publishing Company located at on Chillicothe Street. Black ink on white paper. 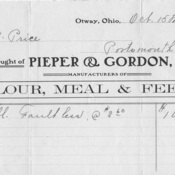 Scan of the letterhead invoice from Pieper & Gordon to P. E. Price. 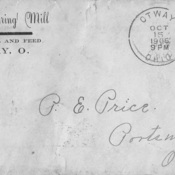 Envelope addressed to P. E. Price of Portsmouth on the envelope of the Otway Flouring Mill.

The laying of pipe on 12th (Twelfth) Street. West of Offnere Street around the turn of the 1900s 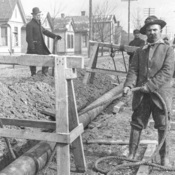 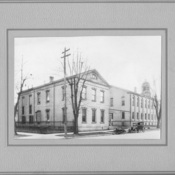 Sepia tone photograph (original).
The second Scioto County Court House was built in 1836 at the corner of Sixth (6th) and Court Streets. The cupola seen at the far right is on the court house roof near the front entrance of the building. The jail… 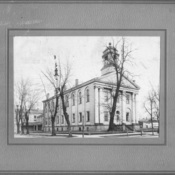 Black & white photograph.
Second Scioto County Court House, facing Sixth (6th) Street at the corner of Court Street, was built in 1836. The jail is seen behind the Court House at the left.

The former ice house on front street in Portsmouth, Ohio 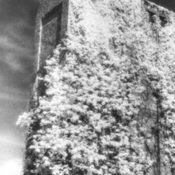 Black and white photo image of the former Ice House. Due to the cold temperatures needed throughout the brewing process, many brewers chose to invest in their own ice-making facility rather than pay for ice from an outside source. The ice house on… 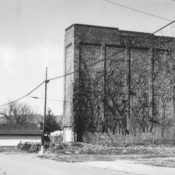